skip to main | skip to sidebar

To quote Ursula (Because we live and breath Disney in my house): What I want is your voice.

I've been thinking a lot about voice lately. The topic of voice is one of those old writing chestnuts that have newbie writers tied up in knots -do I have a voice? Is it any good? Where do I find it?- And seasoned writers grasping to explain it -voice is... well you have to... Ah, hell, I don't know!

And is it any surprise? Given that an actual human voice is in itself almost impossible to describe?

I've known my husband for eighteen years. I could pick his voice out of a crowd. I hear it in my sleep -sometimes in a most nagging fashion. But can I describe it? Er... well it is soft, deep, prone to sonorous rumbling when he is moved. Now, can you pick my husband's voice out of a line up? I thought not. I might have been talking about James Earl Jones, for that matter. And I assure you, my DH sounds nothing like JEJ. The fact is, voice is not something one describes; voice is something one hears, and knows.

Still, the subject of voice can sit under a writer's skin like a splinter, causing irritation now and then, and the driving need to pick it out, settle the matter once and for all. What does my voice sound like? Where can I find it? Do I have Voice at all?

So now, in my eight year of learning to write, I believe that Voice is confidence. The confidence in your writing chops to sit down and let the words flow, knowing that whatever story it is you are telling, you have the ability to make yourself understood. Writers with confidence have a distinctive voice because they operate without fear and their natural thoughts and inclinations come through on the page. Fear bogs us down. And by fear I mean?

This is just the tip on the fear iceberg but you get the idea. And I know about fear. Fear made me take six odd years to finish novel number one. I love my first novel. It is my child. But it was a hell of a thing to finish. Agonizing, really. Should I do this? Or that? Rip it apart? What plot line? Etc. Fear had no part in my second. No part. I could give a ripe shit about fear when writing West Club Moon. It took me five and a half months to finish the first draft of WCM. Is it a better novel than PETAL? Who knows? I love them both. Was it easier to write? Hell yeah. I found my voice with WCM, I found my confidence.

For all those worried about voice, for all those slogging through a novel that you never seem to finish, write for writing's sake, write for the joy of it, the story, write to say something, and push all that fear, the nagging doubts, whatnot to the curb. You'll be happier for it.

And best of all, I'll be there, bright-eyed and busy-tailed, just dying to hear what you have to say.

Thanks, Rach. :) I think I'll have to print it out too. I tend to forget these things. 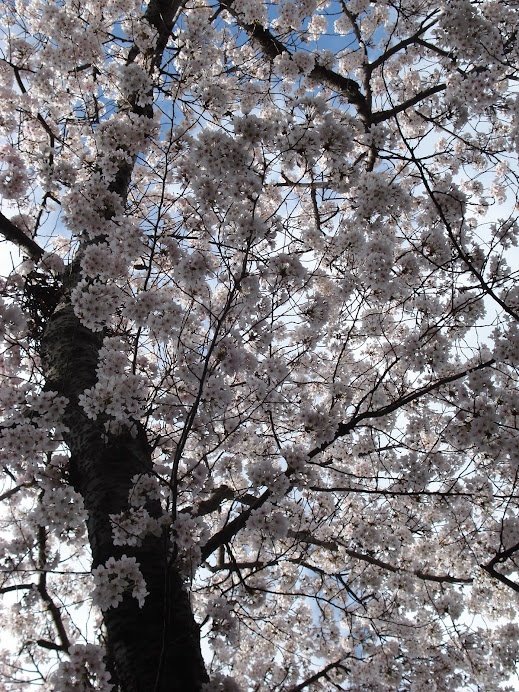 West Club Moon, a romantic adventure in which a man plagued by an immortal curse seeks redemption by wining the love of a beautiful merchant’s daughter who hides unnerving secrets of her own. While a vengeful enemy on a murderous spree threatens to tear them apart forever. A gothic retelling of Beauty and the Beast with a Jack the Ripper style twist set amongst the fog choked streets of Victorian London.

“You have not asked why I was following you,” I said as the cab headed up Piccadilly. It had rained while we were in Burlington House and the cobbled road before us glistened like black snakeskin.

Archer settled in more comfortably and his arm brushed my sleeve. “I know that well. It is because you are the most stubborn, impetuous, overtly curious creature I have ever known.”

Something rude passed over my lips and the corners of his eyes crinkled. I pulled my gloves on tighter and gazed out the side window at the massive Georgian building we passed by, its limestone face painted onyx by coal’s black hand.

“I shall take that as a complement,” I decided aloud.

The coach turned on Shaftsbury and into lighter traffic.“As you should,” he answered. “There is enough complacency in this world.”

I turned my eyes on him but kept my expression bland.

He sighed in resignation. “All right. I’ll play your game. Why are you following me?” Despite his jesting, I heard the anger carefully contained in his voice.

“Lord Merryweather’s murder,” I said without thinking. “And…the others,” I added, feeling my heart sink.

Until Archer, I hadn’t thought of stillness as explosive. The black mask faced me, the eyes behind it flat as pewter as the wide expanse of his chest rose and fell.

“You think I had something to do with them?”he asked in even, awful tones.

“No!” I gripped the handle of my parasol. “No. But Lady Clearwater….I overheard her say that you were the most likely candidate and…”

“You thought her intellect without measure?”

I flinched at the coldness in his voice. “She made her assumptions based on your appearance.”

I looked down at my clenched hands. The ivory kid leather of my gloves pulled tight enough for the little lines of graining to run like tiny rivers over my knuckles. “Her skewed logic galls me. So I plan to prove her wrong.”

Archer’s form swayed lightly as the coach rounded a bend. His shoulder pressed into mine then moved away. “And what have you found,” he asked in a voice as rough as the road.

“That…that you attend lectures on science and anatomy. You are a patron of the arts. You keep an excellent cellar and are generous with your staff. You eat food enough for two men, though were it goes, I cannot know. You drink Port after dinner, brandy to relax, and whiskey if you are agitated. You prefer the romantic poets to the classics, read the morning papers if only to complain about the incompetence of the press. And you visit Burlington House every Wednesday afternoon to study portraits of young red-headed women, portraits that you own but will not remove from the Academy.”

I did not mention West Club Moon. Something held me back, fear perhaps that he’d go off shouting, or worse, leave me in utter silence.

“Is that all?” He was amused now. I felt it coming off him in waves.

No. Your sharp mind and wit keeps me on my toes, you drive me to fury, make me laugh –I haven’t laughed this much since I was a child. In short, nothing I could tell him and retain my dignity.

Kristen
Writer and Mom, pondering minutiae from A thru Z.

The Petal Falls -a love story

Illinois, 1850. When Molly Bishop's father dies, the adventure she's always craved becomes a reality she can't escape. An exquisite ruby necklace he left her is attracting undue attention. From debt collectors and thugs, to malevolent army officers, all of them want not only the stone, but Molly as well. And just when she needs them the most, the psychic powers she's relied on since childhood to keep her safe are going haywire. Fortunately she has John Stanton, a loyal lieutenant who served with her father. As an officer and a gentleman, John is determined to protect her; Molly is equally determined not to play the damsel in distress. Despite her protestations of self-reliance, Molly is in more trouble than she realizes.

As the pair fend off thieves and decipher clues left by Molly's father, they discover the ruby is part of an ancient quest that has led many a man to his end --and one nasty pursuer resorts to murder to get what he wants. Somewhere between danger and intrigue, Molly and John's friendly alliance soon crackles with a passion neither of them can deny. John would have her heart, if she would give it to him, but this Molly cannot do. Even though her body reacts to the lieutenant in a manner no lady's ever should, a heartbreaking vision of the future shows Molly his death, caused by her --leaving Molly torn between the love she yearns to share with John and the sacrifices she must make to keep him alive.